I don't normally do this, but I'm going to plug our business.  My wife and I have been on Etsy for almost 7 years and have been doing arts and craft shows around the Midwest and the Madison Farmer's Market for years.  In the last year and a half we've become more focused on our business and hopefully in the future we'll open a real brick and mortar store. 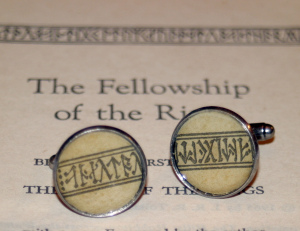 Our focus is in creating art and accessories for bibliophiles using recycled books, like jewelry and art.  Lately I've been doing illustrations on  book pages, like Sherlock Holmes, Lord of the Rings, Slaughterhouse Five, etc... 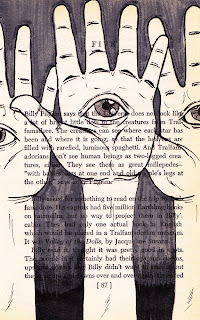 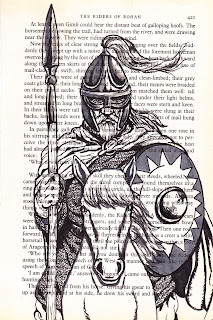 Hopefully people like what they see, we certainly enjoy doing it!  Check out the Etsy shop here!  And our not so often updated blog Our Bookish Life!
Posted by Chad Thorson at 3:06 PM 2 comments: 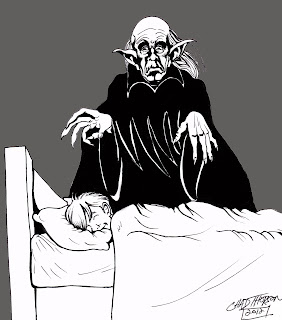 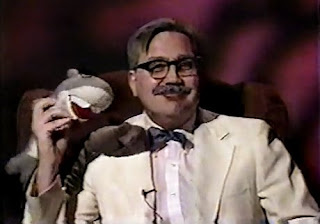 When I was a kid growing up in De Kalb Illinois (1985-1989) I discovered a couple of late night Television Shows that featured old horror movies.  One such show was Uncle Don's Terror Theater (which later became Uncle Don's Theater).  Every Saturday night my brothers I would turn to WQRF channel 39 in Rockford, IL at 10:30 pm.  His jingle would come on I knew I was in for a night of fun horror movies and hilarious parodies and hi-jinx from Uncle Don (Matt Swan).

Some of the movies I remembered he showed were War Of The Worlds, Food Of The Gods, The Leach Woman, Creature From the Black Lagoon, Dracula, Frankenstein, Wolfman, (pretty much most of the Universal Monster movies)....

On top of great schlocky movies he did some comedy bits in between the movies and commercials which to me really was the whole draw to the show.  It was great fun all around!

Check out some of these hilarious bits from his show!

A few years ago I started doing a series of Ed "Big Daddy" Roth style monster hotrods mixed with H.P. Lovecraft style creatures, I called them the "Elder Rods".  The first couple were "Carthulhu" and "Love Gug", this newest addition is the "Dagon Wagon"! 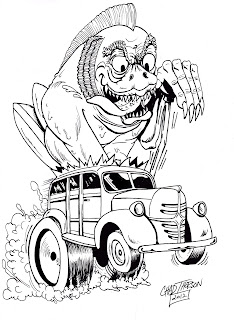 It's that time of year again!  Halloween, and what better way to kick it off than with zombies!  I hope this guy brings all of the Halloween spirit to the blog and I'm looking forward to doing more posts, either showing off original artwork, remembering watching old horror host programs or posting about my favorite horror movies and books.  Happy October 1st! 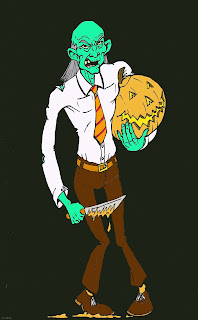 Genghis: Birth Of An Empire 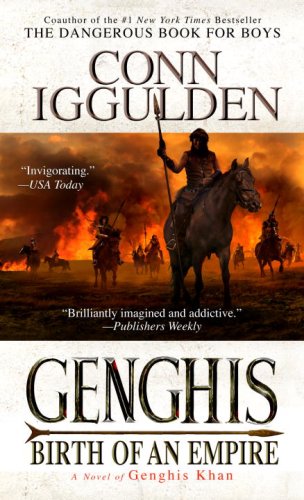 I picked a copy of Conn Iggulden's Genghis: Birth Of An Empire on Saturday and I've just finished it and it was utterly fantastic!  I haven't found a book to be more exhilarating since I read The Warlord Chronicles by Bernard Corwell!

This is the first book in what looks like will be an extensive series which appears to go from Genghis Khan to his grandson Kublai Khan.   The story begins just before the birth of Temujin (later to become Genghis) and follows him from a child trying to please his father Yesugei great khan of the Wolves only to have his father mudered by conspiring Mongol tribesman and the rival Tartars.  Temujin and his surviving family must first deal with their betrayal by their own tribe and then survive alone it the wilderness after being abandoned by a treacherous former Wolf bondsman of Yesugei.

Temujin and his family learn the hard lessons of the wild steppe as they struggle for food, shelter and safety from wandering bands of marauders and Tartars.  Eventually Temujin is able to unite a group of outcasts and wanderers from various tribes and then ultimately uniting several of the Mongol tribes against the Tartars, carving out larger are for the future Mongol Empire.

It was a great read with lots of fast paced action and very like-able characters (yes Iggulden makes twefth century barbarians like-able).  Pick it up if you like accurate historical fiction or if you are just looking for an action story.
Posted by Chad Thorson at 3:06 PM No comments: 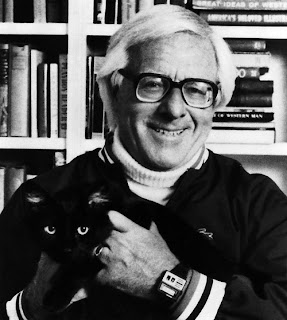 You were The Cat's Pajamas when you introduced me to that Dandelion Wine we had One More For The Road and Quicker Than The Eye we were Driving Blind with the Illustrated Man to the October Country.  And climbing The Halloween Tree when Something Wicked This Way Comes out of the Graveyard Of Lunatics . At A Sound Of Thunder you and I Sing The Body Electric not heard as the Martian Chronicles.  But now there's not A Medicine For Melancholy and Death Is A Business as we say Farewell To Summer but you have received your joyous Homecoming , Now And Forever.

RIP Ray Bradbury, I miss you already.
Posted by Chad Thorson at 2:01 PM No comments: